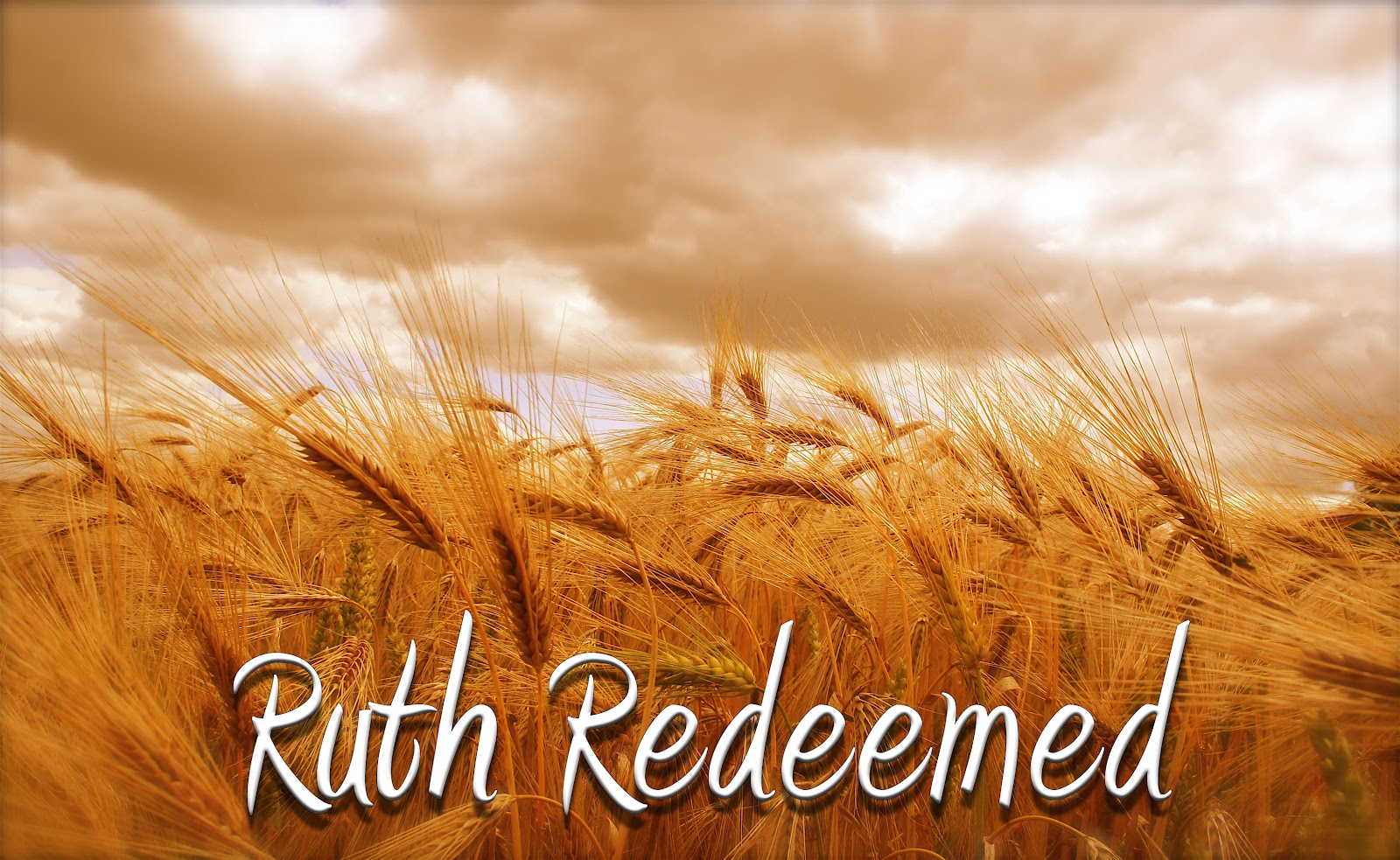 Chapter three left our dear Ruth waiting to see if Boaz would be able to redeem her since another man actually had more of a legal claim.  Yep, Ruth did everything right but she still had to wait.

Fortunately she did not have to wait long.  Chapter four began with a business deal.  As soon as the opening credits were finished, we saw our knight-in-shining armor, Boaz siting at the city gates conducting business.  Just like Ruth “just happened” to end up gleaning in Boaz’s fields, the man with the legal right to redeem Ruth and Naomi “just happened” to walk by where Boaz was sitting.

Boaz called the man over and began to talk business with him.  Boaz started his conversation with something that he knew would interest the closer kinsman…..land.  After talking about the land, Boaz mentioned Ruth and reminded the nearer kinsman of his obligations as a “goel”.

The obligations of the “goel’ in this business deal would have been to purchase the land and marry his family member’s widow in order to have a son to carry out the family name.  Naomi was well past child bearing age so that left our dear Ruth….”from Moab”.  Upon the realization that the land and Ruth “from Moab” were a package deal, the nearer kinsman relinquished his claim on the land.  Of course this is what our Boaz was waiting for!

Key the bridal march.  Boaz immediately announced……”And with the land I have acquired Ruth, the Moabite widow of Mahlon, to be my wife.” Ruth 4:10

And they lived happily ever after….

So Boaz took Ruth and she became his wife. When he made love to her, the LORD enabled her to conceive, and she gave birth to a son. Ruth 4:13

The neighbor women said, “Now at last Naomi has a son again!” And they named him Obed. He became the father of Jesse and the grandfather of David. Ruth 4:17

Just as Ruth was unaware of the larger purpose in her life, we will not know the full purpose and importance of our lives until we are able to look back from the perspective of eternity.

Ruth’s story is really a story about our relationship with Jesus Christ.  Jesus is our kinsman redeemer, he is our “goel”. Jesus has already paid the price for our lives and rescued us from sin that would surely kill us.  Our job now is to respond to our redemption as Ruth did…..with faith.

But as for me, I know that my Redeemer lives, and he will stand upon the earth at last. Job 19:25

Homework: Read Chapters 3-4 and complete the questions in the study guide (Session 2).

Jump up and do our worship/stretch routine to Nichole C. Mullen’s My Redeemer Lives.