Hello Divas and welcome to our discussion on Chapter 7 of the book Unglued by Lysa Terkeurst.

In this chapter entitled, “I need a Procedure Manual”, we learn a policy, a mechanism, or a process to follow EVERY TIME we feel ourselves coming unglued.

In the book, Lysa refers us to 2 Chronicles 20 to observe a man named Jehoshaphat who had an “Unglued Procedure Manual” .

When the chapter begins, we find out that Jehoshaphat is about to be attacked:

2 Chronicles 20:1-2 (NKJV)…the people of Moab with the people of Ammon, and others with them besides the Ammonites, came to battle against Jehoshaphat.  Then some came and told Jehoshaphat, saying, “A great multitude is coming against you from beyond the sea”….

Upon hearing that a huge army was coming to wage war against him, Jehoshaphat, like any of us given his situation, just might come Unglued.

Alarmed, Jehoshaphat resolved to inquire of the LORD, and he proclaimed a fast for all Judah. 2 Chronicles 20:3– (NIV 1984)

Jehoshaphat felt alarmed, then he resolved to seek guidance from God.  In the book, Lysa challenges us to also be “resolved to remember who we are”.

For we have no power to face this vast army that is attacking us. We do not know what to do, but our eyes are upon you. 2 Chronicles 20:12

Jehoshaphat realized that he was not equipped to fight the battle. So, he kept his eyes on God.

“You will not have to fight this battle. Take up your positions; stand firm and see the deliverance the Lord will give you, O Judah and Jerusalem. Do not be afraid; do not be discouraged. Go out to face them tomorrow, and the Lord will be with you” 2 Chronicles 20:17

God told Jehoshaphat to keep his head up, go on do the hard thing and know that HE would be with him all the way.

After consulting the people, Jehoshaphat appointed men to sing to the LORD and to praise him for the splendor of his holiness as they went out at the head of the army, saying: “Give thanks to the LORD, for his love endures forever.”  2 Chronicles 20:21

And the kingdom of Jehoshaphat was at peace, for his God had given him rest on every side. 2 Chronicles 20:30
Jehoshaphat found peace by honoring God with his actions and reactions.
The following statement by Lysa made me stop in my tracks:  “My reactions determine my reach”.
Lysa ended the chapter by challenging us to use the example of Jehoshaphat to train our minds when we feel “unglued” coming on.  Here is my personalized Unglued Procedure Manual:
1.  Remember who I am.
2. Seek God’s Guidance
3. Allow God to fight the battle.
4.  Have an attitude of gratitude.

How can you use Jehoshaphat’s example to personalize your own Procedure Manual? 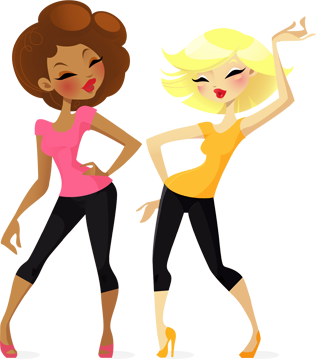